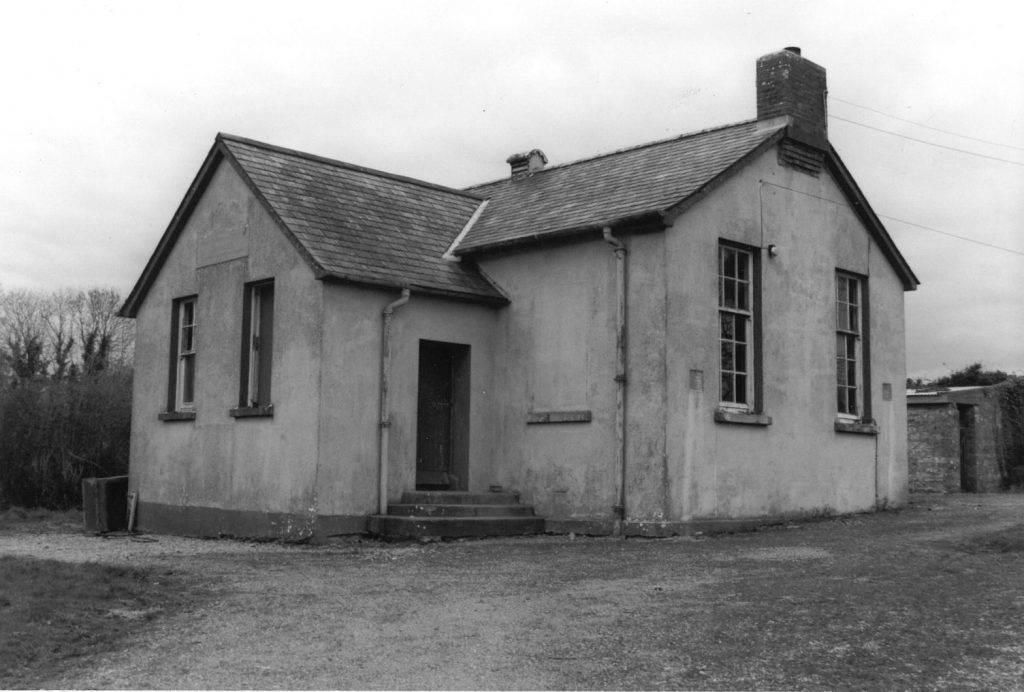 Description of the School (Roll no.16477).
Shannon View school is located in the townland of Clooncah, Kilteevan. The school was built in 1916 by Rev T.H. Canon Cummins, PP, Roscommon. Patrick Treacy, Clooncah, exchanged the site for the new school for use of the old Cloonmore school which from that time onwards has been used as sheds.Fr Finan, CC, Kilteevan described Shannon View school as having one classroom, hall and small apartment that was intended for use as a kitchen. This was later used as an infants’ classroom. The school was reconstructed into two separate rooms in 1935.

Teachers
Mrs Margaret Hanly was teaching in the school in 1919. Her salary of £84 (plus war bonus) was withdrawn from her as Principal from the end of December 1919 owing to her failure to obtain the Training Diploma. However 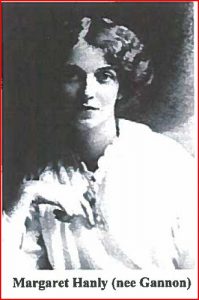 she continued as Principal until January 1920 when Patrick Greally was appointed to his first teaching post. He was a former pupil in the school and passed his final training exam in 1919. The manager wrote to the Board of Education requesting that Margaret Hanly be appointed as Junior Assistant Mistress in the school.
Following the appointment of the Master another problem arose. The position in the school was for the appointment of a mistress and not a master. The manager appealed against the decision stating that female teachers had proved unsuccessful as the attendance of the last 25 or 30 years had been poor. Since Mr Greally had taken over, the situation had changed. The average attendance had gone up to over 40 pupils and 12 pupils had been re-admitted. The number then on the roll was 54 with 39 pupils in attendance on the day of the inspector’s visit in March 1920. It was also noted that there were 16 future pupils in the school district. Their ages ranged from 4 to 6 years and many of them were expected to attend school shortly.
After much correspondence on the matter it was eventually agreed to appoint Patrick Greally as Principal teacher and Margaret Hanly was appointed Junior Assistant Mistress, both from 23rd January 1920.

Principal Teachers
Patrick Greally taught for seven years and was succeeded by Gerry Cleary in 1927. He was a fluent Irish speaker having spent five years in the Gaeltacht. While teaching in Shannon View he stayed in Paddy McDermott’s house in Cloonmore. In 1930 he moved to County Monaghan. His replacement was Jimmy Finn from Roscommon town who later owned Finn’s sweet shop in Main Street. The next teacher in the school was Mr Power. He in turn was replaced by Mrs Walls (nee Neilan) from Kilteevan who taught for many years from the early 1940s through to the 60s. Miss Griffin then took over. She stayed in Faynes of Cloonmore and later became Mrs Reid. A Mrs Sullivan from Athlone succeeded her in the post and was the last teacher in the school.

Assistant Teachers
Margaret Hanly died in 1929. She was replaced by Miss Noreen Higgins who took up the principalship in Kilteevan female school in 1938. Her successor was Miss Murray from Lisphelim, Knockcroghery. She married, becoming Mrs Quinn and moved to Kiltoom. Miss Conheeney was the next assistant. She was a sister of Johnny Conheeney of Newtown who was the postman in the Cloonmore area for many years. A Miss Pearl Griffin from Gurteen, Ballinasloe taught in the school in the sixties until 1965. The school became a one teacher school a year before its closure.

The school was attended by children from several parishes – Kilteevan, Knockcroghery and even Newtowncashel in County Longford. The children from Quaker Island and Clawinch Island in Lough Ree attended the school. Both of these islands are part of Newtowncashel parish. The children attended the school even in the winter months when conditions were very difficult. They continued this practice until the islands became uninhabited. In the 1920s the numbers of pupils in the school increased but had dwindled to twenty by the 1960s.
The following is a breakdown of the pupils on roll on 31st December 1919.

Closure of the School
In 1964 the Department of Education decided to close the school for sanitary reasons. Canon Thomas Hanley, PP, Roscommon purchased a site across the road from the school with the view to building a new National School. Residents in the area were very anxious to retain the school. However, in 1967 the fight to keep the school open was lost and sadly the doors closed for the last time. The pupils transferred to Knockcroghery and some to Kilteevan National School.
The School Today
Shannon View School was purchased by Shannon Regional Fisheries Board in the 1970s and is used as a store and office. Inland Fisheries Ireland currently use the site and provide local employment to some past pupils of the school.