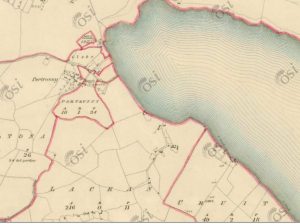 Portrunny and its catchment area has a wealth of historical sites, some of which date back to the 540AD. The River Shannon has a distinct placing in Irish history and as far back as the 10th century it is noted the Vikings used the river navigation as a means to attack Irish monasteries further inland. Inchcleraun Island (located off Portrunny) fell victim to these attacks by the Vikings.

The Heritage Council of Ireland was established under the Heritage Act 1995 and provides policy advice for government on heritage issues. The Heritage Council works with local communities to support education and heritage tourism which delivers a rich tourism experience and excellent practice in the care of our valuable heritage assets.