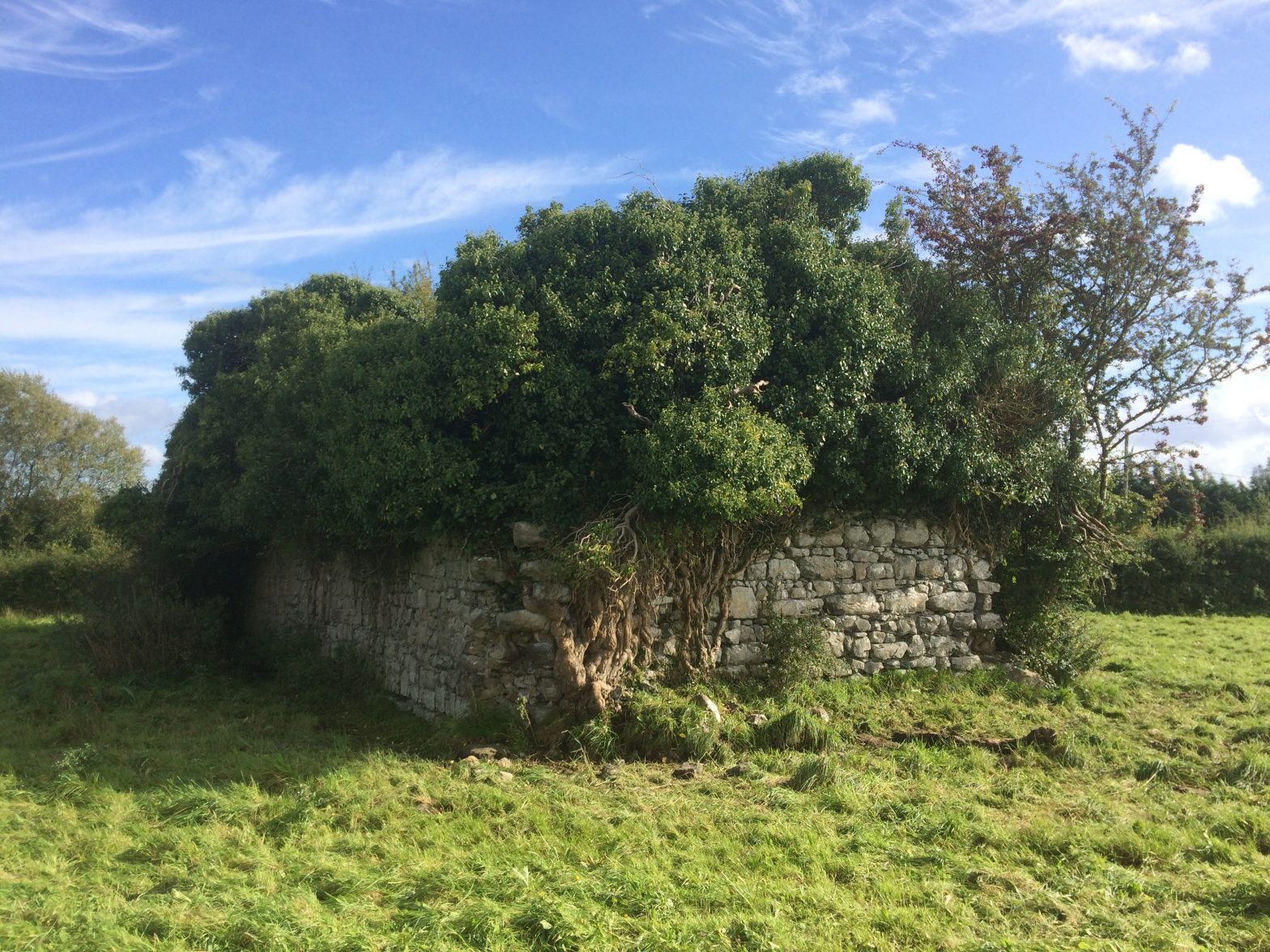 Located in the townland of Cloonsellan, this rectangular building, (internal dims 13.36m x 5.35m) which is aligned roughly east-west, is classified as a Church in the national Sites and Monuments Record (RO042-011: www.archaeology.ie). It is set within a field of gently undulating permanent pasture land with the Hind River flowing nearby. The abbey ruin is generally in poor condition and the upstanding remains are heavily covered in ivy. The northern wall and western gable are all that substantially remain. The southern and eastern walls are badly collapsed. A notable feature in the southern wall is a piscina basin with drain hole which was used for washing sacred vessels.

The walls of the building are faced with limestone and lime mortar with a core of rubble and mortar. A number of limestone blocks are set on edge giving the appearance of a semi-cyclopean masonry finish on both the internal and external faces. Smaller stones, interspersed with spalls were also used. Rough coursing of the stonework is visible. 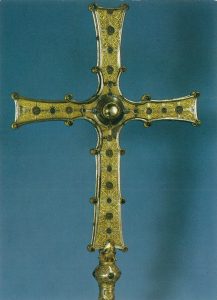 Cloonsellan Abbey possibly dates to the thirteenth century. Situated between Roscommon and Inchclearaun (Quaker Island) it is thought that it was used as a retreat house for the monks from these monasteries. However, it is uncertain which of the Roscommon foundations it was associated with – St. Comans or St. Marys (Dominican). Felim O’Connor, King of Connaught and son of Cathal Croovedearg (Cathal of the Red Hand) founded the Dominican Abbey in Roscommon in 1253. He is associated with Cloonsellan in an historical context as the Annals of Lough Cé record that his ‘longpurt’ there was burned in 1261 (Hennessy, 1965, 440-441). Because of this reference the Abbey in Cloonsellan has been linked with the Dominican Abbey in Roscommon. It is also claimed that the Cross of Cong was fashioned here. If this was true then the Abbey could be dated to the early twelfth century as the Cross of Cong bears the date 1123, and as such would be of an earlier date than the Roscommon Abbey.

The ‘Banew’ river or the ‘Beannacht’ river was a name attributed to the Hind River. It is translated as the ‘River of the Blessing’. Tradition claims that every evening the monks from Roscommon and those from the Quaker (or Cloonsellan?) met on the banks of this river. The prayerful salutation by which they greeted each other when they met and parted is supposed to have given a blessing to the river (S.MS 260, 23). Another version of the tradition documents that ‘the Banniens is a small bridge in Cloonsellan. At this bridge the monks of the Quaker Island and the monks of Cloonsellan Abbey used to part. When they were saying goodbye they used to say ‘beannacht leat’ and that is why it is called the Banniens’ (M.MS 120, 174-175). 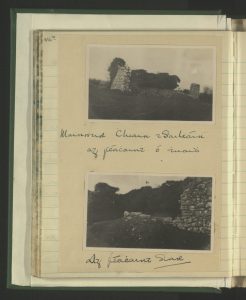 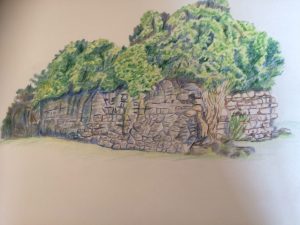