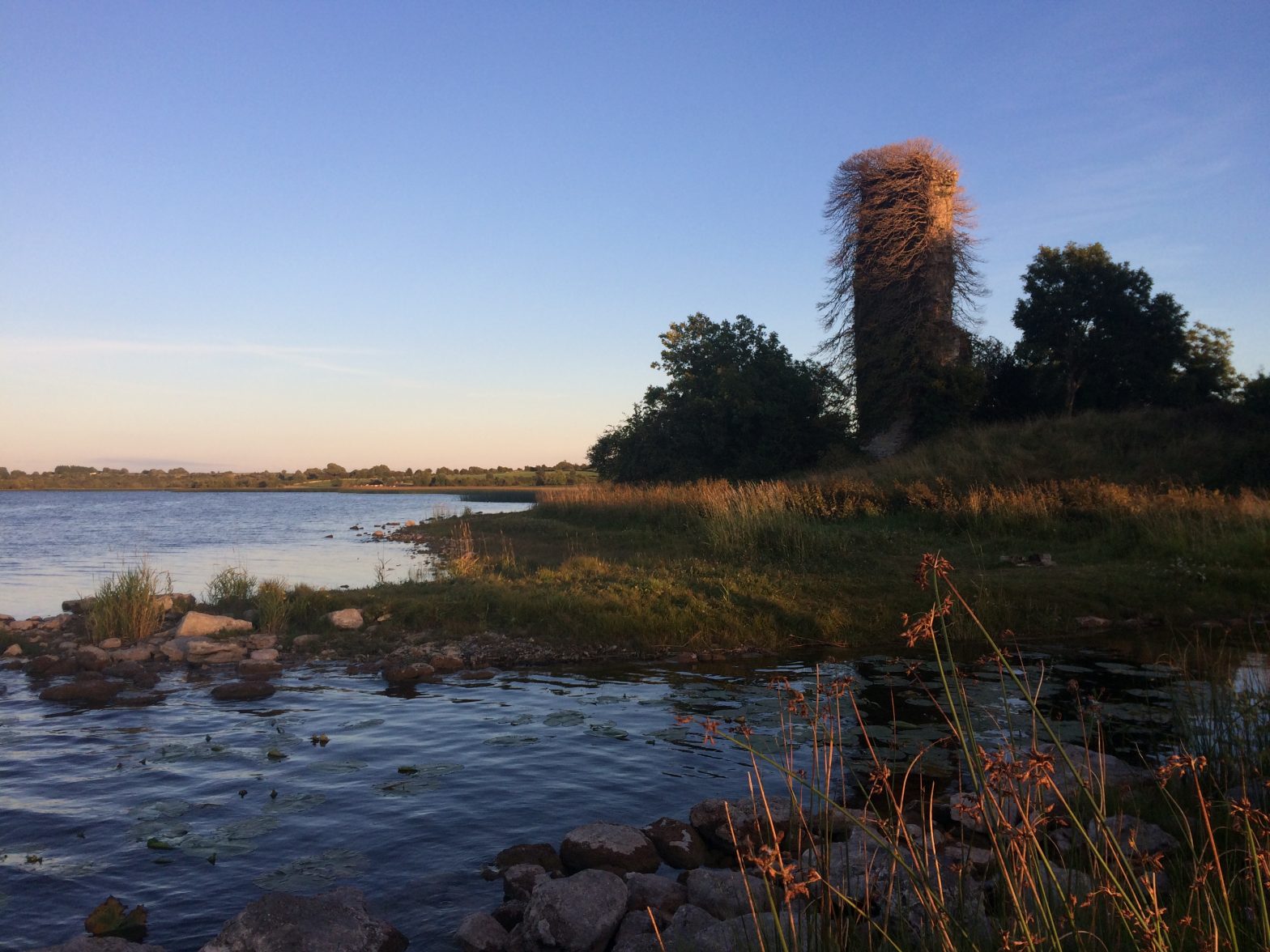 Galey Bay and Castle on a summer evening.

Galey Bay or An Ghaille is an inlet of Lough Ree and is situated to the south of Cruit Point. It is 1.2km long, 0.8km wide, and one of the deepest bays in the lake. A rapid stream feeds into the lake from from Lough Oura. The stream is populated with many small trout.

From the earliest times until the nineteenth century, Lough Ree which forms part of the River Shannon network was a busy thoroughfare.The settlement in Galey is likely to date back to the Iron Age (c. 500BC-400AD), with evidence of a promontory fort surrounding what remains of Galey Castle.

A log boat was found in the 1980s in Galey Bay by a local swimmer and is currently on display in Roscommon Museum. This log boat dates back to the 10th century.

Galey Bay was the preferred option for a harbour in 1849 as part of plans to drain the Hind River. The proposal was to make the river into a canal to faciliate trade boats going to or returning from Ballymurray. However, with the development of the Midland Great Western Railways, goods were beginning to be transported by rail and there was no longer a need for the canal.

Lord Crofton constructed a boathouse on Galey Bay next to the castle in 1881. 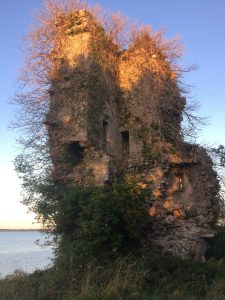 Galey Castle is a tower house on the western shore of Galey Bay. Only the ivy covered east corner of a vaulted four-storey structure survives, with a grass-covered cairn at its base and a passage in the south-east wall. The castle was built in 1340 by William Bui O’Kelly, and housed the O’Kelly Clan who the time were Chieftains of South Roscommon/East Galway.

In 1351, William Bui O’Kelly invited all the poets, brehons, bards, harpers, gamesters and jesters to Galey Castle for the Christmas period. O’Kelly, often described as a poet, warrior and visionary, arranged the festival because he feared that the Gaelic way of life and culture was under threat. This gathering became known as the first Fleadh Ceol (music festival) in Ireland. The celebrations continued until February 1st, St. Bridget’s Day. The phrase “Fáilte Uí Cheallaigh” (Welcome of the O’ Kelly’s) originates from this event. There is also a poem written about the event entitled ‘The Poets of Ireland to One House’.

During Oliver Cromwell’s Irish campaign (1649-1650), Sir Charles Coote laid siege to Galey Castle. The O’Kelly clan resisted and for their defiance, were taken to Creggan and hanged on the stepped hill just north of the village, now commonly known as Hangman’s Hill. To mark this, the name of the village was changed to Cnoc an Crocaire, the Hill of the Hangings, now anglicised as Knockcroghery. 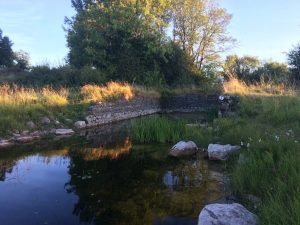 From 1872 to 1912, an annual yachting regatta was held by Lord Crofton of Mote Park. Having attended the regattas in Lough Key until 1863, Edward and Alfred Crofton were inspired to replicate the experience at Galey. These regattas consisted of many visiting house boats being anchored in the bay. The yachts which sailed varied from 25 ton cutters to 18 foot spritsail lake boats.

The Crofton Family were supported in organising the regattas by enthusiasts who came both from Lough Ree Yacht Club and Lough Derg. Lord Crofton was always the chairman of the organising committee. By 1887 it was a 3 day event with spectators arriving by train at Knockcroghery Station.

A description from the Rambles of Eirinn describes the 1907 regatta:

The committee men wore red badges….it was highly respectable…there was a marquee where whiskey was obtained. On a hillock a union jack waved on a flag staff, the vessels in the bay did also. There were dozens of tents where sugar stick, gingerbread, gooseberries and drink were sold. About three hundred people were present including adults and children. 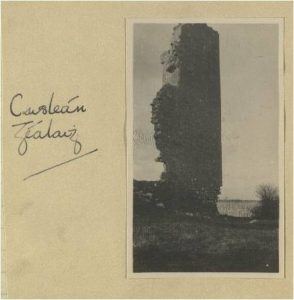