Also joining the Minister was Colm Breheny of Fáilte Ireland. Portrun Development Association received the Endeavour Award for County Roscommon achieving the highest points increases from the previous year’s result. The association had double cause to celebrate as Portrunny was highly commended in the Waters & Communities Award sponsored by Inland Fisheries Ireland, Watersways Ireland and the Local Authority Waters & Communities Office.

Speaking after the awards, Chairperson of the association Mr Gerry Hanlon commented that these awards were only made possible with the help and support of the local community, volunteers and our partnership with Roscommon Co Council, Inland Fisheries Ireland, Waterways Ireland, National Parks and Wildlife Service and the support of the Waters and Communities Office. 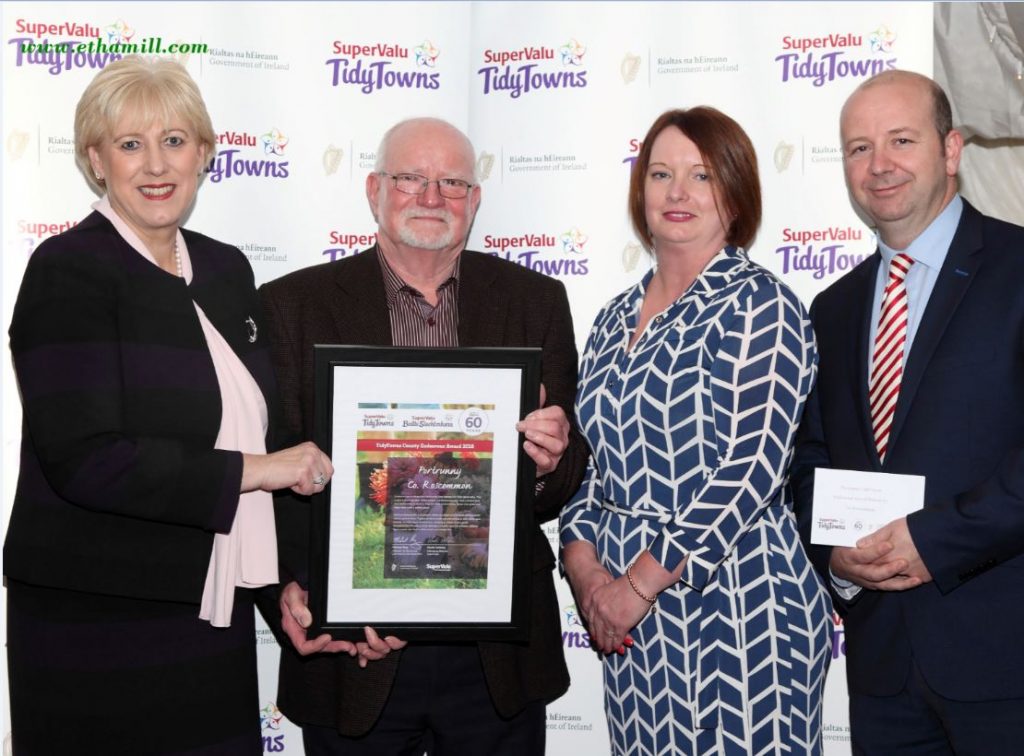 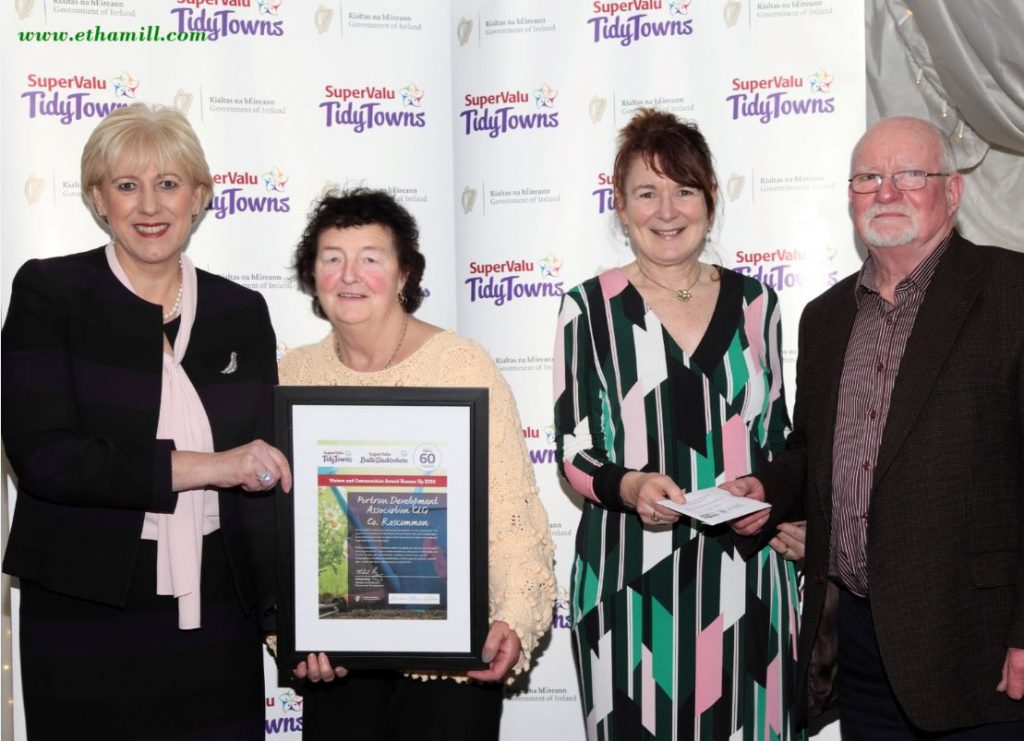