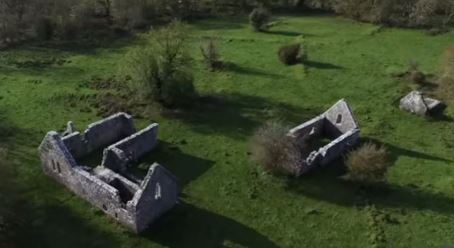 Standing on the shoreline at Cruit, looking eastward into Lough Ree, you will see the island of Inchcleraun.  With an area of 57.7 Ha (143 acres), Inchcleraun is one of the largest of the 52 islands in the Lough. It is 1.6km in length, and 600m in width at its widest point.  The island is situated about a mile out from Portrunny, and sits close to the Roscommon Longford border which runs through the centre of Lough Ree.

Inchcleraun is an island of 2 names. The name Inchcleraun is derived from the Irish Inis clothrann which refers to Clothera, the sister of the legendary Queen Meadbh of Connacht who is said to have lived and died on the island. More locally, the island is known as “Quaker” island referring to a man of the Quaker religion who leased and lived on the island in the early 1800’s.

The only means of travelling to Inchcleraun is by boat. Whilst in the past, there was a harbour on the island, at Killime on its western shore, modern day visitors on cruisers approach the east side of the island in order to avoid shoals on the western side which make boat travel difficult.

Inchcleraun is steeped in history, from Queen Meadbh and her sister, St. Diarmaid and his monastery and churches, to the plunders and robbers at the turn of the first millennium.  Lough Ree and its islands came under attack firstly by the Vikings in the late 800’s and early 900’s AD, and later by the Irish people themselves when the Munster men and the Danes of Waterford attacked the settlements. Today it is a place of peace and tranquillity and is uninhabited by people, although herds of cattle and goats survive here alongside the wildlife.

Inchcleraun and its monastic sites 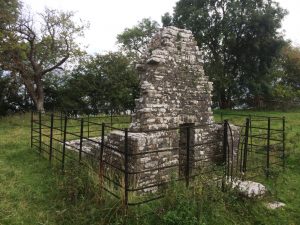 On Inchcleraun, there are several monastic remains, and the oldest and smallest of these is Teampall Diarmaid, a tiny church measuring just 8ft X 7ft on the inside. This is said to be the first church built on the island, erected in the memory of Diarmaid after his death in the late 6th century.

In total, the remains of 6 churches still stand on Inchcleraun today. In 1880, they were listed as national monuments, and today they are protected structures. In the late 1800’s and early 1900’s works were carried out on the structures to maintain and protect them for the future. These works included repairing broken walls, and railings were erected around 4 of the churches to keep livestock from causing further damage to them.  As well as Teampall Diarmaid, the following church remains can be seen today;

Clogás Oratory – This 13th century church is situated in a pasture close to the highest point of Inchcleraun in the northern part of the island. The church has a four-story tower at its north‐east end and this building was known as ‘Clogás an Oileáin’ or the ‘bell tower of the island’. This may have been used as a look‐out post.

Teampall Mór –This 13th century Augustinian priory church is constructed in an “L” shape. This church is the largest on the island consisting of a church, sacristy and living accommodation. 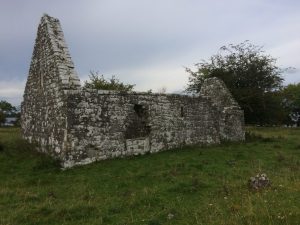 Teampall Murry ‐ This church is also referred to Chancel Church in the late 19th century. According to local folklore, women were forbidden to enter this church. It was said that any woman who did dare enter it would be dead within a year. 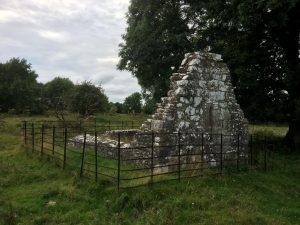 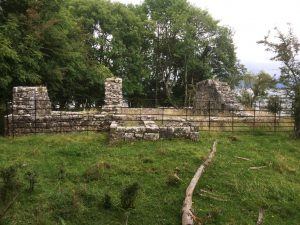 Teampall na mBan/The Women’s Church – This church is located outside the main walls of the monastery which was seen as a way to separate men and women for prayer. As it name suggests, this may have been the church for the women. 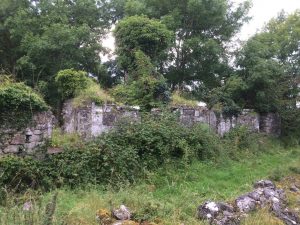 In the early 1800’s, Inchcleraun was owned by a Lady Featherstone. She leased the lands on the island to Mr Edward Fairbrother, who was a member of the Quaker community from Ballymurray, Co Roscommon. It was because of this that the local people started to refer to Inchcleraun as “Quaker Island”.  When Edward Fairbrother leased the island, he decided to build a stone cottage to live in whilst his livestock grazed there. Legend says that when building his cottage, Edward picked out cornerstones from the ruins of Clogás Oratory to use in the building and harnessed a horse to drag the heavy stones to the site of the cottage.

This brought distaste to the spirit of St Diarmaid who cursed the horse, causing it to run furiously and untamed. So wild was the animal, that Fairbrother was left with no choice but to shoot it for his own safety.  The legend also says that it wasn’t just the horse, all beasts on the island from cow to mouse ran mad and wild until Mr Fairbrother vowed not to touch any stone again from any of the churches on the island.